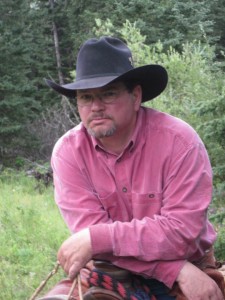 Scott Hardy a Fifth Generation Stockman and Self Taught Silver/Goldsmith understands the Dedication required to Excel. Some Career Highlights are:

Scott comments “Embellishing horse and rider with precious metal is a Tradition as old as man on horseback and deserves the respect of being done one piece at a time by hand”.