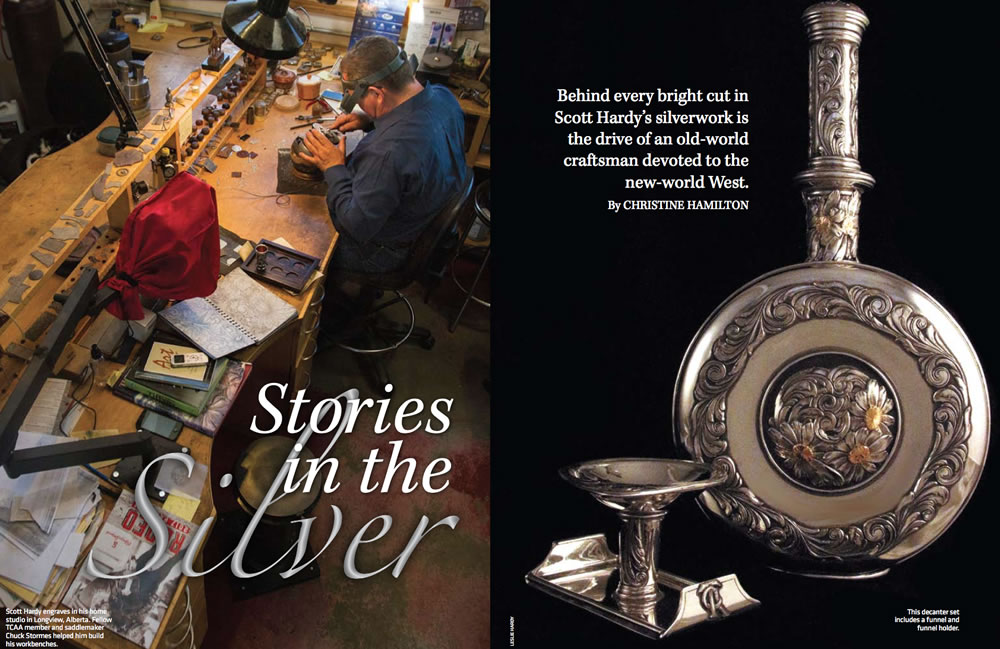 He and his wife, Leslie, borrowed just enough money to send Hardy from their home in southern Alberta, Canada, to eastern Washington State for three days of mentoring from silversmith Mark Drain. Time with a respected Western bright-cut engraver was priceless to Hardy, who was mostly self-taught.

“We were having co ee, and Mark’s talking about engraving, and I said, ‘Well, I use a [power engraving] machine. It’s way faster than by hand.’ Mark didn’t say anything.

“We went out to his shop and he
said, ‘What would you like to see me do?’ I said, ‘I’d like to see you bright cut.’ He chucked a piece of silver down there
and he just attacked it. I mean there were chips ying everywhere. He stopped and looked at me and said, ‘Faster than that?’ ”

Hardy still chuckles at the lesson.