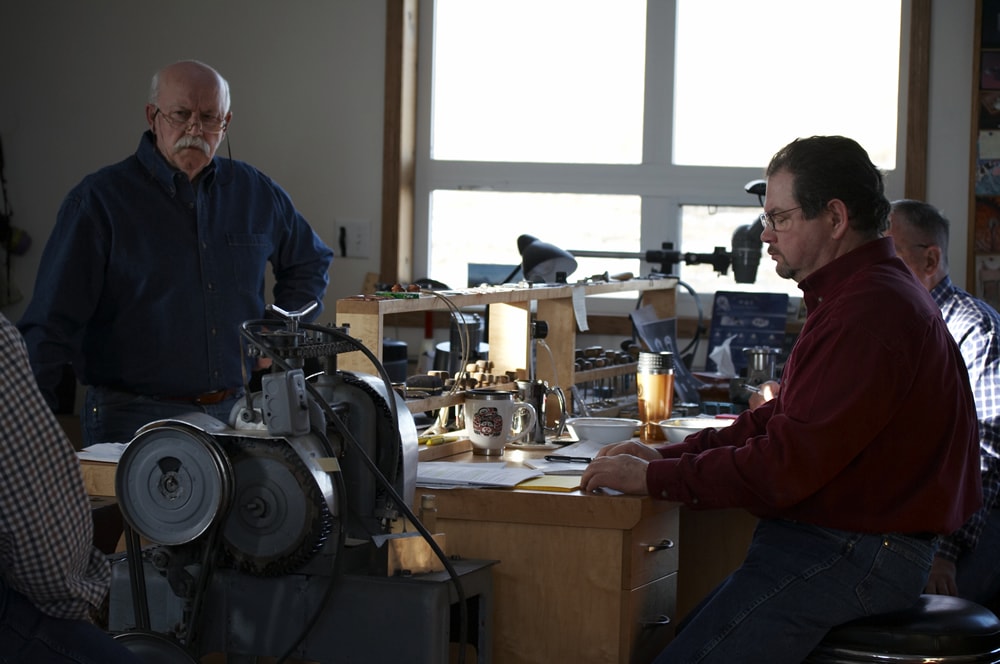 My Strength, Support and Passion have always came from my family but no one can truly succeed in a career without mentors. I have been blessed!

My first Craftsman mentor was Saddlemaker Chuck Stormes. A couple years into Silver work full-time I took a booth at a trade fair in Calgary, Alberta. A person who stopped at the booth suggested I call Chuck Stormes “he uses a lot of saddle silver” he said. I phoned Mr Stormes and set a date and time to meet at his shop.

I vividly remember on the drive thinking “man when this guy sees my work he will get rid of the other silversmiths.”

Mr Stormes offered a coffee and cleared a spot on his bench for me to spread my pieces. Once the silver was arranged I pick up the coffee, stepped back in anticipation of the “this is fantastic” comment I was sure would come.

He lite his pipe and started examining the pieces. One a at a time he would pick each up, set it down and pick up another. No “WOW,” no smile, and for me just a feeling of eternity.

To say the least I was getting very uncomfortable with the amount of time gone by and the lack of comments. Finally after the last piece was back on the bench Chuck slowly turned and said “Man do you need help.” At that point my mind was swirling, I had two choices- be insulted, pick up the silver and leave or ask for help. My response “What do I have to do?”

Chuck showed me saddle silver from Mark Drain, a buckle from Dan Murray and photos of Al Pecetti’s work. To say the least I was overwhelmed. Understand at that point other than a beginners night course in Silversmithing I had never been shown anything other than commercial work in magazines. I had never seen anyone engrave, sharpen the tools, design or layout properly, heck I barely knew how to twist wire for a rope edge. 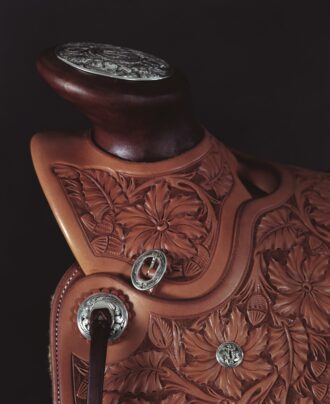 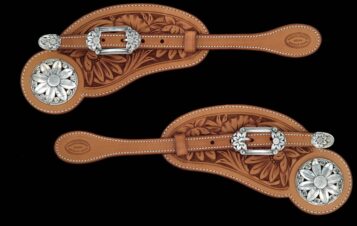 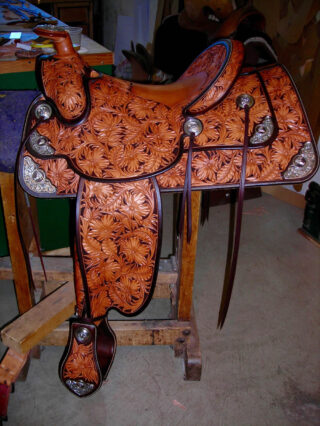 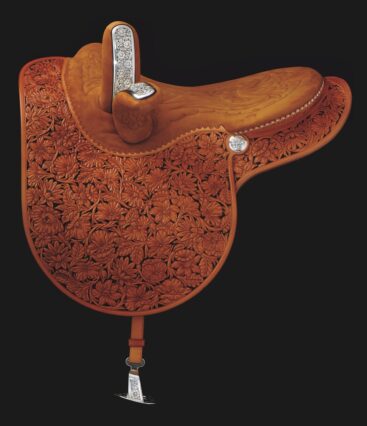 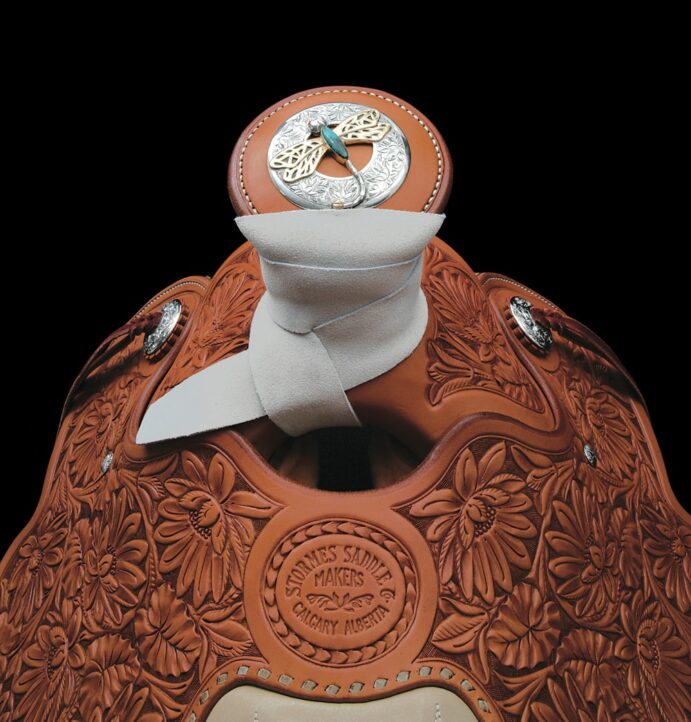 Holding a piece of Marks work in my hand I couldn’t believe it, this wasn’t “silver work” this was shear beauty! “Could I go see this guy?” “Will he teach me” I asked?

Chucks answer was “No your not there yet, you need to learn the basics before Mark would consider it.” With that he gave me Cliff Ketchums name in Milton Freewater, Oregon and said to phone him that he maybe able to help me.

That was the start of a 38 year(so far)working relationship and friendship. Over the years I’ve had the pleasure of working on multiple projects with Chuck, gained knowledge from each one- also had the honor of creating many TCAA collaborations with him. At this moment I am engraving corner plates for a Stormes Saddle.

Thank You Chuck Stormes for your honesty, patience and faith.