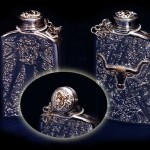 King’s Museum features a collection of cowboy memorabilia gathered during the many years of Don King’s interest and business of saddle making. The collection is comprised of hundreds of saddles, wagons, chaps, guns, hitched horse hair items, Indian gear and clothing, and collections from every facet of the western life-style. Founded in 1989 when King decided to place his collection on exhibit for the general public, the museum is located behind the main store, next to the rope shop. 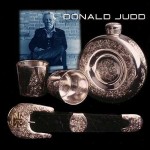 This was a commission piece done for Donald Clarence Judd (1926 – 1994) He born in Excelsior Springs, Missouri and showed an aptitude for art from an early age. After returning from Army duty in Korea, Judd went to New York where he earned a bachelor’s degree in philosophy from Columbia and studied painting at the Art Students League. Later he returned to Columbia for graduate work in art history. In the late 1950s and early ’60s, Judd wrote reviews in Arts magazine, rigorously advocating “new art.”

A New York Times reviewer wrote, “By the late ’60s, his sleek cubic and rectilinear works helped redefine the direction of postwar sculpture, eliminating pedestals and stressing open, somewhat weightless volumes characterized by lush metals and translucent or opaque plexiglass. His art insisted that explorations of space, scale and materials could be ends in themselves.” 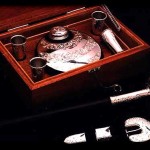 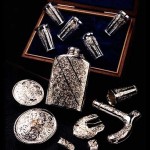